The Le’Veon Bell problem Jets are causing themselves 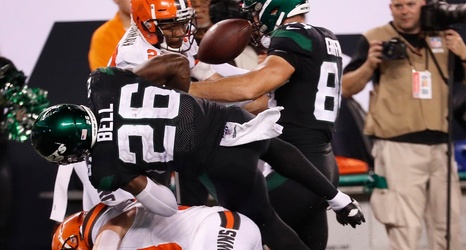 Games like Monday night at home — under the lights, on national TV, desperate for a win in the face of adversity with their starting quarterback out indefinitely — are exactly why the Jets signed Le’Veon Bell to that $52.5 million contract in the offseason.

They brought in the former Steelers star running back to be their best player, particularly in games like this.

The problem for the Jets in Monday night’s dreadful 23-3 loss to the Browns at MetLife Stadium was this: One player versus 11 never has been a winning formula in the NFL.