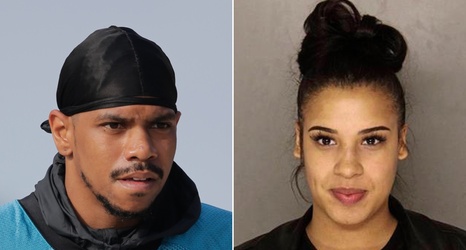 The girlfriend of former New York Jets wide receiver Terrelle Pryor has been ordered held without bail after allegedly stabbing him in their Pittsburgh apartment, according to reports.

Shalaya Briston, Pryor’s 24-year-old girlfriend of roughly one year, was ordered held by a judge on attempted homicide and aggravated assault charges after Pryor was stabbed in the chest early Saturday, the Pittsburgh Post-Gazette reports.

Briston’s attorney, Lee Rothman, had argued that she was entitled to post bail because of her lack of a criminal record, ties to the community and current employment.

Briston was also defending herself against a 6-foot-4, 230-pound Pryor, who outweighs her by more than 80 pounds, Rothman said.