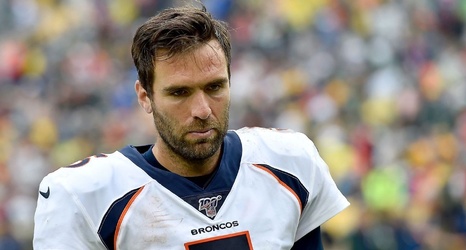 Jets general manger Joe Douglas was a Ravens' scout in 2008, when Baltimore drafted Flacco in the first round. Now Flacco will rejoin Douglas and compete for the backup quarterback job when he's healthy and ready.