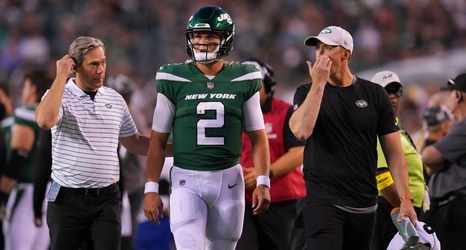 PHILADELPHIA -- New York Jets quarterback Zach Wilson will have an MRI exam on his right knee Saturday, but the team is hopeful he avoided a season-ending injury, sources said Friday night after the team's preseason opener against the Philadelphia Eagles.

The Jets declined to provide any specifics, except to say Wilson's ACL is "supposed to be intact," coach Robert Saleh said. The early indications are that he reinjured his right PCL and that he might miss only a few weeks, sources told ESPN's Dianna Russini.

Wilson, the No. 2 overall pick in 2021, missed four games last season because of a sprained PCL in the same knee.