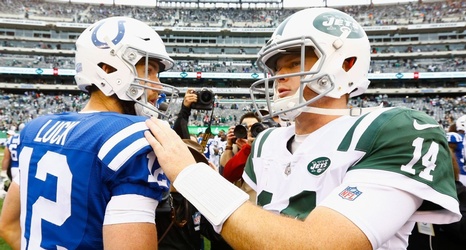 The trade wasn't expected. It was a Saturday morning, St. Patrick's Day, in 2018. The Indianapolis Colts, coming off a 4-12 record in 2017 and holding out hope that they would have a healthy quarterback in Andrew Luck, traded back three spots from No. 3 to No. 6 with the New York Jets.

The Jets were looking to draft a franchise quarterback; the Colts had an eye on several players in that area while also wanting to compile more draft picks for general manager Chris Ballard's rebuilding project.

Ballard gave up the third pick to get the No.