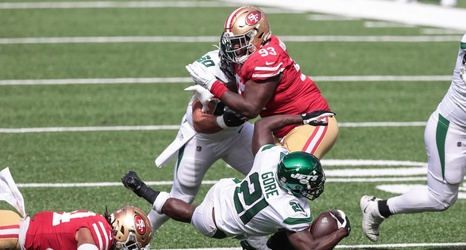 The playing surface at MetLife Stadium has come under fire this week after five San Francisco 49er starters suffered severe leg injuries in their 31-13 victory over the New York Jets last week.

Defensive lineman Nick Bosa and Solomon Thomas both tore their ACL in the game and will miss the remainder of the 2020 season as a result. Quarterback Jimmy Garoppolo sustained an ankle injury that will likely keep him out of this week’s game against the Giants, which is also to be played at MetLife.