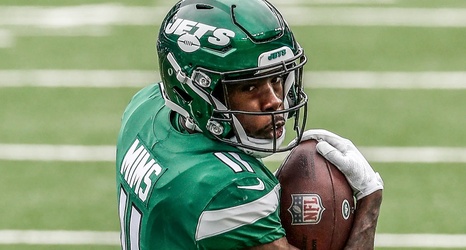 The tantalizing rookie has only played three games, and yet, it is hard to argue he does not belong on this list.

Posting at least 42 yards in each game, Mims is the first Jet to post at least 40 receiving yards in each of his first three career games since Keyshawn Johnson did it in 1996.