‘Raiders To Get Win On The Road’ Vs. Jets, According To CBS Denver’s Michael Spencer 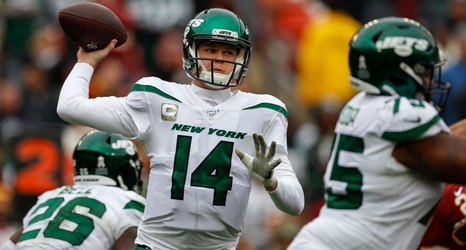 (CBSNY) — The New York Jets find themselves immersed in another typical Jets season. The campaign appeared to hold promise initially, with second-year quarterback Sam Darnold expected to make additional strides. But the team had injury issues far beyond what most NFL teams experience. Even Darnold, who somehow contracted mononucleosis, found himself sidelined for a few weeks. In that time, they lost backup Trevor Siemian for the season and resorted to trotting out recent practice-squader Luke Falk.

Darnold returned to a 1-4 team on the verge of collapse and led them to an upset of the Dallas Cowboys.