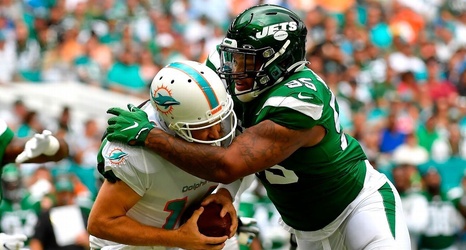 FLORHAM PARK, N.J. -- Quinnen Williams was hyped as a freakishly talented player, the best in a long line of defensive linemen produced by the Nick Saban football factory at the University of Alabama. Scouts said he fit the mold of the Los Angeles Rams' Aaron Donald for interior players -- undersized but disruptive. The New York Jets (3-7) made him the highest-drafted defensive player in franchise history.

As the season turns toward the homestretch, fans are wondering when they will see that player.

While he has settled into a significant role on the NFL's top-rated run defense, Williams hasn't delivered many splash plays.