Quarterly report: How the Jets' offense has performed by quarter in 1-4 start 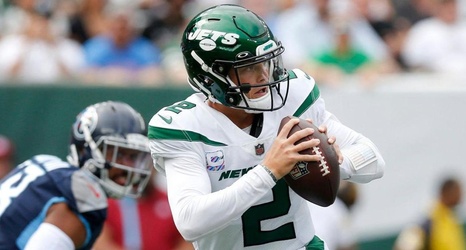 Zach Wilson of the New York Jets against the Tennessee Titans at MetLife Stadium on Sunday, Oct. 3, 2021. Credit: Jim McIsaac

The Jets are 1-4 through the first five weeks of the 2021 season. The culprit behind the slow start to the season? Well, slow starts to each game.

The Jets' offense has not put up much of a fight in the first quarter of any of their games so far, failing to score any points or generally move the ball. They have had success in the later quarters, but by that time they already are playing catch-up.