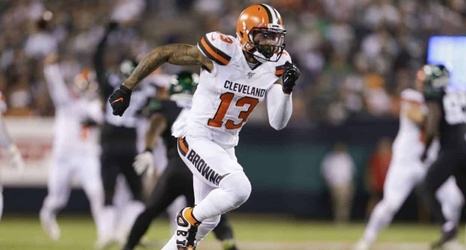 Odell Beckham Jr. declared that he felt the New York Giants traded him to Cleveland “to die”. Monday night showed that rumors of his demise have been greatly exaggerated.

Beckham set a new career-long via an 89-yard touchdown reception, racing to daylight to give his Cleveland Browns a 23-3 lead over the New York Jets in the third quarter.