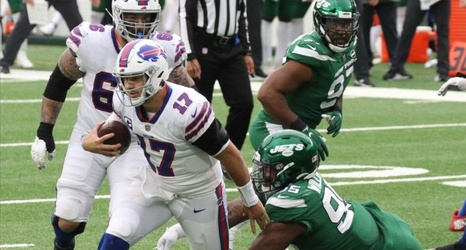 NY Jets‘ defensive lineman Quinnen Williams has found himself the subject of plenty of trade chatter over the last couple of days. But on Wednesday, the organization sought to shut down any talk of a possible trade.

Head coach Adam Gase spoke to reporters prior to Wednesday’s practice and he was asked about the rumors that surfaced yesterday insisting that the Jets were “shopping” their young defensive lineman.

Gase was quick to refuse the report from Manish Mehta of the NY Daily News stating that “There’s nothing to that.