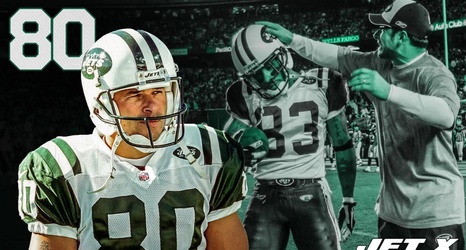 In the latest episode of The Underdog Jets Podcast, Wayne Chrebet details his dealings with depression following his 2006 retirement.

Wayne Chrebet went beyond the glory in the latest episode of The Underdog Jets Podcast, released on Monday, by detailing the final stages of his career with co-host and Jets X-Factor co-founder and editor Robby Sabo.

Chrebet’s NFL career unofficially ended in November 2005, when he sustained a concussion during the final stages of a game against San Diego. Appropriately, the final reception of Chrebet’s career was a third-down conversion, as a six-yard reception from Brooks Bollinger kept an ultimately futile game-winning drive going.