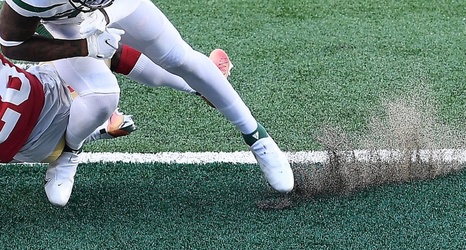 The NFL says MetLife Stadium’s turf is up to snuff.

After the 49ers suffered a rash of serious injuries there against the Jets last Sunday and voiced trepidation about having to play the Giants on the same field this coming weekend, the league and its associates gave the New Jersey stadium’s playing surface the green light on Thursday.

The field, the NFL said, meets all applicable standards and protocols.

A closer look at the artificial surface, which was installed in early summer and still relatively new, took place on Wednesday, conducted by representatives from the NFL, NFLPA, MetLife Stadium, the Giants and Jets, and Field Turf as well as an independent inspector.