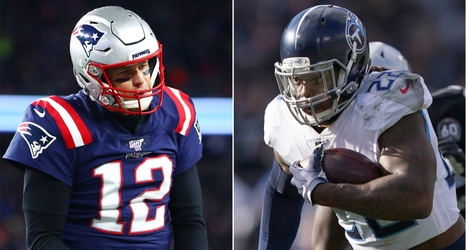 Week 14 provided a little bit of everything, even some nostalgia for local fans from Eli Manning — in the first half, anyway — on Monday night.

Three of the league’s five 10-2 teams lost on Sunday, most notably the Patriots, who continue to tumble in The Post’s weekly NFL power rankings.

The Titans also finally have caught the Texans in the AFC South and have cracked the Top 10. If you remember, “Titans” haven’t been on a roll like this since Sunshine replaced an injured Rev at quarterback.

1. Baltimore Ravens, 11-2 (Last week: 1): The Ravens have shown the past two weeks they can grind out playoff-style wins with tight takedowns of defensive-minded San Francisco and Buffalo to extend their winning streak to nine.