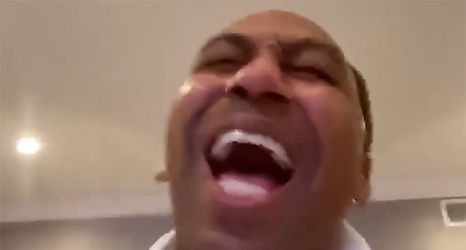 He didn’t even need to utter a single word. The laughter spoke for itself.

ESPN’s Stephen A. Smith enjoyed himself quite a bit on Sunday after the New York Jets stunned the Dallas Cowboys.

Of course, it was Sam Darnold‘s return that allowed the NBA First Take star to put forth such an epic troll job.