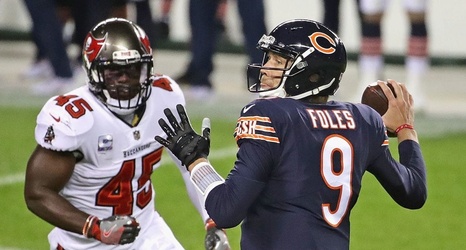 According to a report from Brian Costello of the New York Post, those expecting Super Bowl hero Nick Foles to don a new shade of green shouldn’t get their hopes up.

In addressing the New York Jets’ backup quarterback situation, Costello reports that the team has “had discussions” with the Chicago Bears about adding Foles as the understudy and mentor to incoming franchise man Zach Wilson. However, he acknowledges that such a deal “seems unlikely”.

Foles, who guided the Philadelphia Eagles to a championship in 2018, is projected to be Chicago’s third-string option behind first-round pick Justin Fields and incoming veteran Andy Dalton.