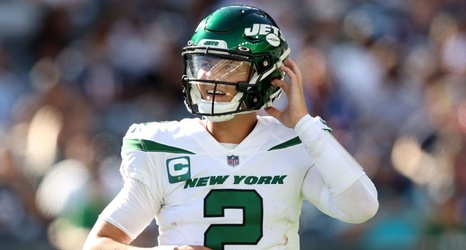 FLORHAM PARK, N.J. -- New York Jets rookie Zach Wilson, who leads the NFL with nine interceptions, vows to take a let-'er-rip mentality into the final 12 games of the season.

Wilson has used his powerful right arm to make highlight-film throws downfield, but he's struggling with short passes because he's not playing instinctively.

"I would just say I'm overthinking them," he said Tuesday on a Zoom call with reporters. "I would just say, to an extent, I'm aiming the throw rather than just throwing it, like I've always done my whole life.