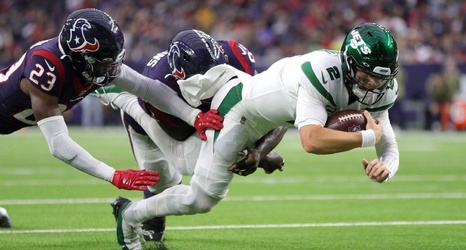 "It's not fully healed and we understand that, but I feel good to play -- and that's why I'm playing," the rookie said after a 21-14 victory over the Houston Texans at NRG Stadium. "I understand that. Sometimes it's going to shift and stretch a little bit, but there's no damage that can come from that. You just have to walk it off and move on.