New York Jets prepared to move on from Robby Anderson 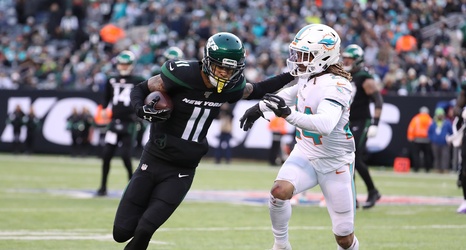 The New York Jets are expected to make some major changes this offseason and they’ll be faced with a number of crucial decisions to make. One of those decisions revolves around speedy wideout Robby Anderson and his expiring contract.

The Jets currently lack much offensive firepower and with a young quarterback in Sam Darnold, it would seem foolish to take away his top target in the passing game.

But football is rarely black and white.

Despite Anderson being open to a return and the Jets desire to keep him, there remains a very good chance that he’s played his last game in green and white.