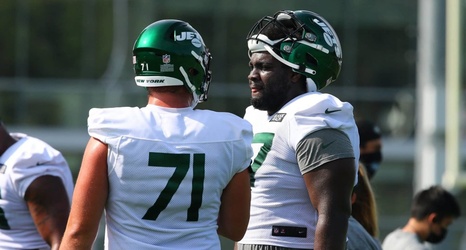 Without a ton of top-end talent, Pat Riley‘s Knickerbockers roughed their way to NBA prominence. If not for Michael Jordan, at least one championship would have probably happened.

Bodies on the floor, tough defense and a workmanlike attitude endeared that Knicks squad to an entire city. Today, we now know which current Jet would have had a shot to fit in with that team.

Mekhi Becton could have served as Charles Oakley’s backup, something that became obvious Friday when the Louisville product shared a photo from his high school basketball-playing days.