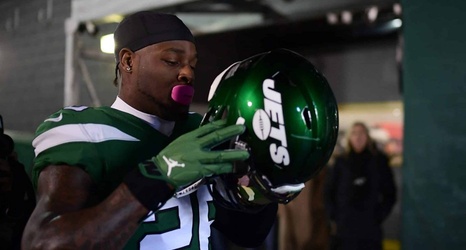 Offering his final statements of the 2019 season on Tuesday, general manager Joe Douglas praised new running back Le’Veon Bell but wasn’t ready to fully commit to having Bell wear a Jets uniform in 2020.

According to ESNY’s own Robby Sabo, Douglas would be willing to negotiate with teams inquiring about the running back.

Joe Douglas is consistent. On Le'Veon Bell's future with the New York Jets:

"If teams call, I will listen.