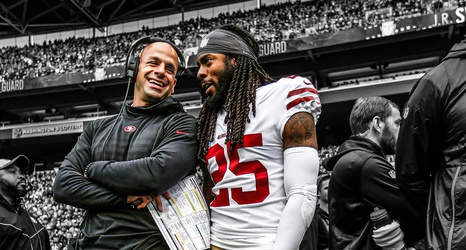 Richard Sherman may be turning 33 years old in a couple of months, but he has yet to fall from the elite ranks of the cornerback position.

In 2019, Sherman was credited by Pro Football Focus with allowing only 227 yards over 517 snaps in coverage. That’s an average of 0.44 yards per cover snap, which was the best mark among 114 qualified cornerbacks (CBs with 200+ cover snaps).

Sherman only played five games this past season, but he maintained almost the exact same level of production when healthy. In 2020, Sherman gave up 87 yards over 202 snaps in coverage, an average of 0.