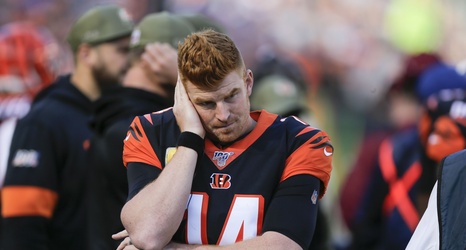 The New York Jets were licking their chops ahead of this Sunday as the team was set to take on an 0-11 Cincinnati Bengals team led by rookie quarterback Ryan Finley. But now they’ll have to prepare for a different quarterback under center.

Bengals head coach Zac Taylor told reporters on Monday that the team plans to start veteran Andy Dalton at quarterback this week. Dalton was benched following the team’s 24-10 loss to the Los Angels Rams in favor of the rookie Finley.

The TCU product had put up pedestrian numbers through eight games throwing for 2,252 yards and nine touchdowns.