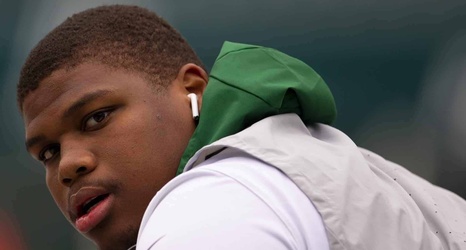 Sure, the New York Jets are likely waving the white flag on the 2020 season, considering they’re 0-7 ahead of their Week 8 game against the high-powered Kansas City Chiefs. They could thus be sellers at the deadline, but none of those potential sales will include second-year defensive lineman Quinnen Williams.

Despite reports stating the Jets are shopping Williams, head coach Adam Gase made it clear that the 22-year-old will remain in Florham Park.

“…He’s going to be here. Those [reports] are false,” he said, per Rich Cimini of ESPN.