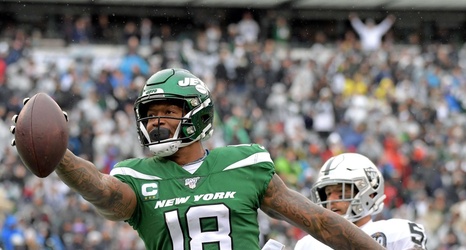 Legends of NFL lore have borne the green of the New York Jets…albeit too late in their careers to make an impact.

The uniforms have hosted a plethora of superstars making a stop in the metropolitan area, looking as out of place as Vince Vaughn did in that Psycho remake. You could, in fact, form a whole that would probably win 10-12 games in their prime with the out-of-place gridiron gods that have passed through Jets camp. Brett Favre could be throwing passes to Art Monk while Jason Taylor and Ty Law handled things on defense (Law, to his credit, put up 10 interceptions in 2005).