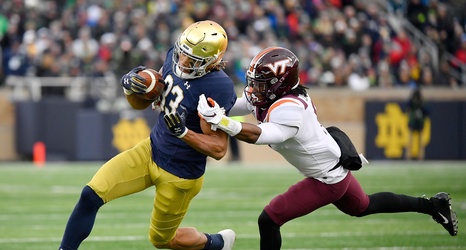 Not only is it NFL Draft season for New York Jets fans but more importantly it’s NFL ‘mock’ draft season.

This is the time where we all guess and speculate what top college football players will land where and there’s no one better than Bleacher Report’s Matt Miller to fill us in on the details.

On Wednesday he revealed his updated three-round 2020 NFL mock draft and in the process completely fixed a slew of the New York Jets issues.

With the ninth overall pick, the New York Jets end an embarrassing NFL Draft drought by selecting their first offensive lineman in the first round in over 13 years.