Nate Burleson names Denzel Mims as a breakout receiver in 2021 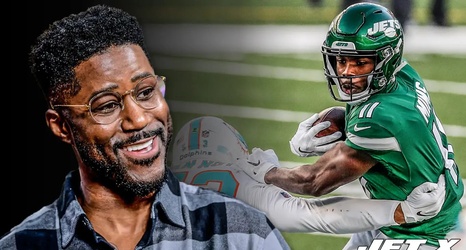 Burleson, a receiver-turned-NFL Network analyst, has some high hopes for Denzel Mims, the New York Jets’ second-round choice from 2020.

Nate Burleson knows about having a breakout sophomore season. Back in 2004, he led the Minnesota Vikings to a playoff berth with 1,006 yards on 68 receptions, coming up particularly big when Randy Moss went down with a hamstring injury.