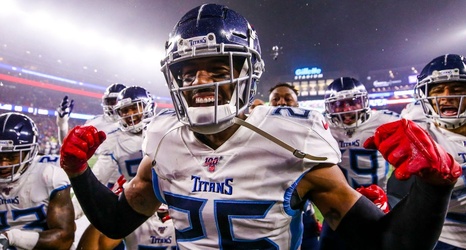 Tennessee Titans cornerback Logan Ryan celebrates with his teammates after an interception against the New England Patriots on Jan. 4, 2019. Credit: AP/Logan Bowles

Logan Ryan is interested in playing for the Jets, but he said he’s also open to 30 other franchises.

The free-agent cornerback ruled out the Titans, saying he would not return to Tennessee. But he will continue to be patient until he finds a deal, a scheme and a location that works for him.

The Jets are high on Ryan’s list because he’s from New Jersey and attended Rutgers. It sounds like it’s going to come down to price.