Listen to Episode 8 of ‘Gang’s All Here’: Gase Gets Vote of Confidence feat. Rex Ryan 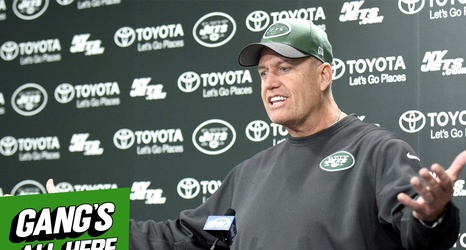 On Episode 8 of the “Gang’s All Here” podcast, Brian Costello opens the show reacting to Christopher Johnson’s statements Wednesday, saying Adam Gase will be the head coach beyond this season.

Longtime New York Post football columnist Mark Cannizzaro explains why it’s important to give Gase some time and not to keep firing coaches. The guys then preview the Jets-Redskins matchup on Sunday.

Former Jets head coach Rex Ryan then joins the show for a must-listen interview. Ryan talks about the job Gase has done this year, the Jets’ struggles this season, how bad his 2014 roster was, his favorite memories with the Jets, if he would come back to coach in the NFL and if he would coach the Jets again if he was offered the job.