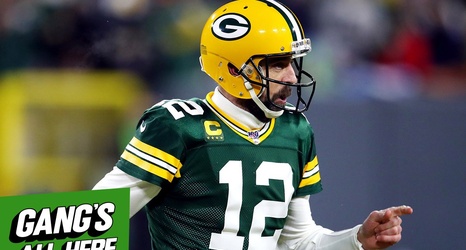 It’s a brand-new episode of “Gang’s All Here” following an eventful divisional round of the NFL playoffs. Brian Costello opens the show joined by NY Post football columnist Steve Serby. The guys recap the weekend games with the Titans shocking the Ravens and the Packers squeaking by the Seahawks. They then preview the Titans-Chiefs AFC Championship and the 49ers-Packers NFC Championship.

Former Ravens WR Qadry Ismail then joins the pod. He looks back at what went wrong for the Ravens and what they may need next season to get to the next level.

I then spoke with former Packers linebacker and Super Bowl champion A.