Le'Veon Bell's tough season gets worse: He'll sit against Dolphins due to illness 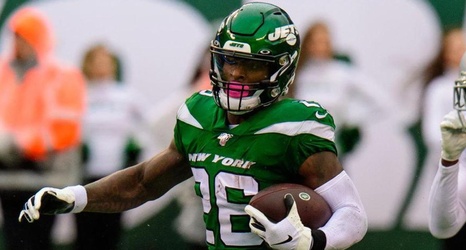 Jets running back Le'Veon Bell runs for daylight during the first half against the Oakland Raiders Nov. 24, 2019. Credit: Lee S. Weissman

Le’Veon Bell won’t play Sunday due to an illness.

Bell missed practice on Thursday and Friday and was listed as questionable in the Jets’ final injury report. But the team downgraded Bell on Saturday to out.

That means Bilal Powell and Ty Montgomery will handle much of the running duties when the Jets face the Dolphins at MetLife Stadium. Josh Adams also could be called upon to help the run game, which has been ineffective for much of the season.