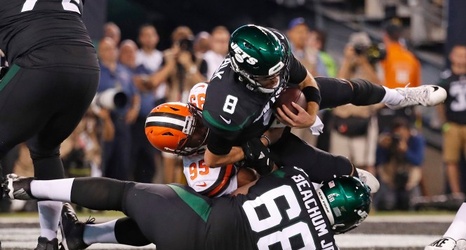 Kelvin Beachum may want to burn the film of Monday night’s loss to the Browns.

The Jets left tackle had a terrible game. He was beaten by Myles Garrett for three sacks and committed three penalties.

“We didn’t win,” Beachum said. “I didn’t play well enough. … You’ve got to own it. I own everything I put on film. Your film is your walking, talking, breathing résumé and at the end of the day, my résumé didn’t look too well today.”

The Jets did not appear to give Beachum much help with Garrett, either, and the Browns outside linebacker spent his night in the laps of Jets quarterbacks.