Jordan Jenkins, the longest-tenured member of the New York Jets, is moving on to the Houston Texans on a two-year deal. 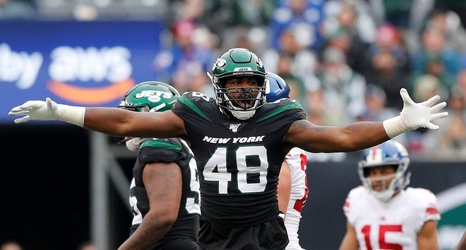 A New York Jets staple is moving on to the Lone Star State.

Per the Houston Chronicle’s Aaron Wilson, linebacker Jordan Jenkins is moving on from the Jets to the Houston Texans through a two-year, $8 million deal. Jenkins, 26, had been the longest-tenured member of the Jets at five seasons.

The defender bid farewell to New York in a heartfelt Twitter post, which included a photo of Jenkins walking through the halls of MetLife Stadium clad in his No. 48 uniform.

“Put it all out there on the field during my time with the Jets, battle through torn labrums, bruised ribs, etc,” Jenkins wrote.