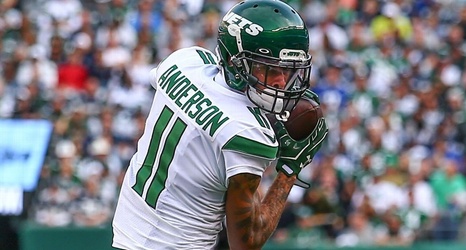 FLORHAM PARK, N.J. -- Before the NFL trade deadline, the New York Jets listened to offers and were prepared to move Robby Anderson -- the talented, but inconsistent wide receiver.

There was a feeling in New York's organization that Anderson was too soft, a sloppy route runner and one dimensional. There was apprehension about the Jets signing him to a long-term contract, which is why they dangled him at the deadline.

The Jets were ready to say goodbye, but now it sounds like coach Adam Gase is opposed to running a "go" route.