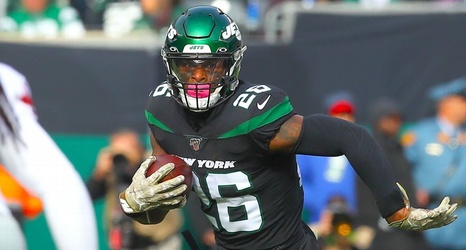 The New York Jets' disappointing season took another bad turn Saturday, as they ruled out running back Le'Veon Bell for Sunday's game against the Miami Dolphins.

Bell became ill this week, the team said, and he didn't practice Thursday and Friday, when he was listed as questionable. Coach Adam Gase didn't give any specifics as to the nature of the illness.

"He's sick, probably the same thing that is going around a lot of these other teams," Gase said. "[The] biggest thing was getting him checked out and then get him out of the building so nobody else gets sick.