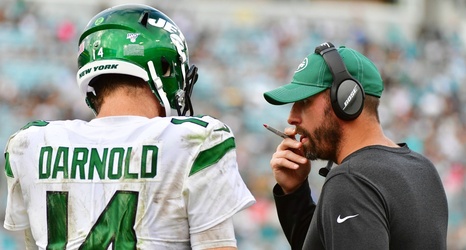 NEW YORK (CBSNewYork/AP) — Sam Darnold’s bounceback began with a trip to the coach’s office last month after one of the worst stretches of his young career.

The New York Jets quarterback had just thrown three interceptions at Jacksonville, six days after he was embarrassed on national TV for saying he was “seeing ghosts” against New England during a four-INT performance.

So, the 22-year-old Darnold sought out Adam Gase and told him what he liked in the offense and what he thought worked — and what didn’t.