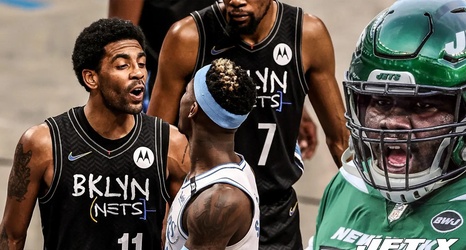 Oh, Mekhi, say it ain’t so. Personally, this one doesn’t hit home. Hating on the Brooklyn Nets is somewhat of a fun activity in my world. (Don’t fill Nets fan Joe Blewett in on that critical piece of information.)

But for the New York Jets‘ biggest player to have a little fun with the Nets is something a good percentage of the Jets fanbase probably won’t take too kindly to.

After the shorthanded Los Angeles Lakers knocked off the other NBA New York franchise Saturday night, 126-101, Mekhi Becton took to Twitter to showcase his approval.