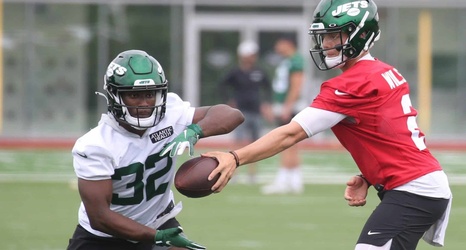 Some teams mainly field a lone running back. Others prefer to utilize a committee to keep the defense guessing.

The Jets possess the opportunity to take the latter route in 2021 and include as many bodies as possible in the offensive game plans. And listening to the way Robert Saleh speaks about his group of backs, it sure seems like that could legitimately come to fruition.

“The league is changing some. I do think when you come at them in waves, it’s a lot harder on a defense, when you’re just able to wear down,” the rookie head coach said Friday when asked by the New York Post‘s Brian Costello about the team’s running back unit.