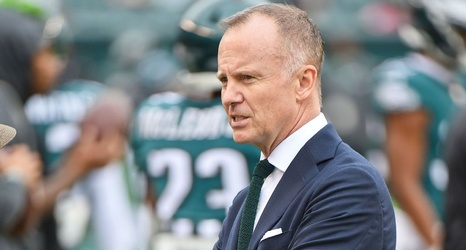 FLORHAM PARK, N.J. -- The New York Jets' disappointing season has taken another weird turn, this time involving an off-the-cuff comment by CEO Christopher Johnson that blew up into embarrassing headlines.

Before Sunday's loss in Jacksonville, Johnson spoke to a small group of Jets fans in the crowd. One of them said he had driven nine hours to the game.

"Hopefully, the team will actually show up this week," replied Johnson, who was caught on video -- later shared by a fan on social media.

Johnson probably was alluding to the Jets' 33-0 loss to the New England Patriots only six days earlier, but the comment gained traction because his team is only 1-6 and first-year coach Adam Gase already is under fire.