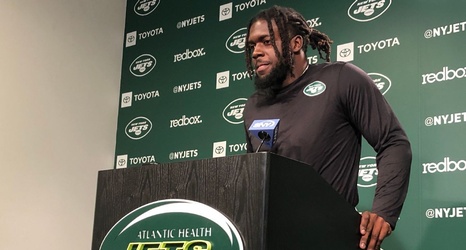 Rookie Jachai Polite, a productive college pass-rusher who fell to the third round after poor workouts and pre-draft interviews, was released Saturday by the New York Jets.

It's highly unusual for a team to give up on a third-round pick this early. In fact, this marks the first time since 1986 the Jets cut a rookie drafted in the first three rounds before the regular season. It happened to former Texas A&M tackle Doug Williams, a second-round choice.

Polite was selected by general manager Mike Maccagnan, who was fired three weeks after the draft.