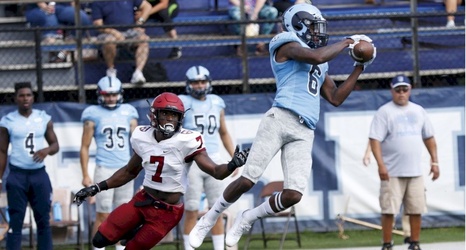 While Jets General Manager Joe Douglas contemplates what to do in the first round of the NFL draft, likely choosing between an offensive tackle such as Tristan Wirfs, Jedrick Wills or Andrew Thomas or a wide receiver along the lines of Jerry Jeudy, Cee Dee Lamb or Henry Ruggs III, he could have a chance to add quality depth at both spots later in the draft from the same school.

Just a few hours up the road from the Jets team headquarters in Florham Park, NJ sits the University of Rhode Island where there are a pair of draft prospects that the Jets should consider as they look to build both their offensive line and their wide recevier group.