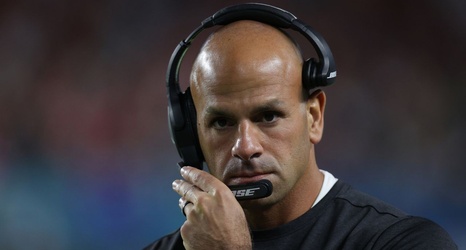 The Jets' search for a new head coach continues.

San Francisco 49ers defensive coordinator Robert Saleh met in-person with team officials on Tuesday and Wednesday. He was the first candidate to have a second interview with the Jets. But Saleh left the Jets’ offices without an agreement.

Saleh reportedly was headed to meet with the Eagles about their coaching vacancy. That’s the risk the Jets took by letting Saleh leave without hammering out a contract.