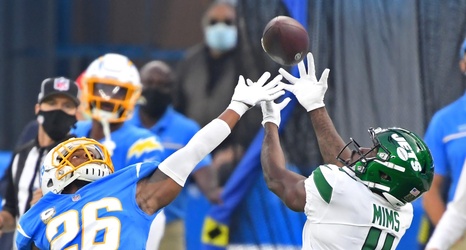 Now that we have discussed the most important position and looked at who will be the NY Jets quarterback, let’s look at some potential weapons to give the Jets’ signal caller. For 5 years, the Jets have been without a 1,000 yard receiver, last accomplished by Brandon Marshall and Eric Decker in 2015. Before them, it was Jericho Cotchery in 2007. Robby Anderson was the closest this offense has had to a number 1 receiver, but he now works in Carolina for the Panthers. Denzel Mims, while he had a rookie season filled with promise, is not enough to solidify this group alone.