Jets' Adam Gase: Talked with Le'Veon Bell about improvements for next season 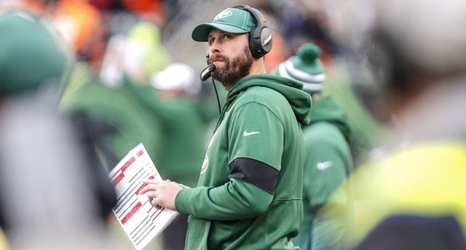 FLORHAM PARK, N.J. -- Trying to get more production from Le'Veon Bell, New York Jets coach Adam Gase said Monday he already has talked with the star running back about ways in which they can utilize him better next season -- an indication they expect to have him on the roster.

Gase said they might break out some old Pittsburgh Steelers tape in an attempt to create a comfort level for Bell, who had a historically bad year in his first season with the Jets.

"We talked about look at some of the stuff they did in Pittsburgh and talking through some of the things he's comfortable with in the run game -- especially early in the offseason and trying to focus on those types of runs and pass game," Gase said as the players cleaned out their lockers after a 7-9 season.