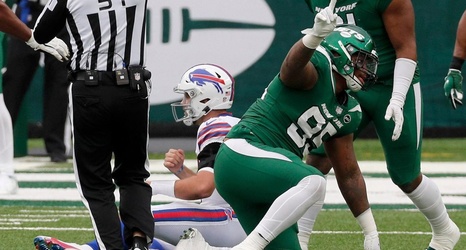 Recent reports have suggested the Jets are considering moving their second-year nose tackle by Tuesday’s trade deadline. They are 0-7 and in selling mode as general manager Joe Douglas looks to acquire more draft capital to help rebuild this team.

But Gase, rather strongly, dismissed the reports that Williams would be on the move.

"He’s going to be here," Gase said Wednesday. "Those are false. I talked to Quinnen. I’ve not heard one thing come from anybody in the front office about him being traded.