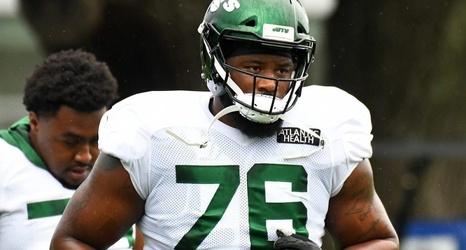 The NY Jets injury report isn’t getting any better. Denzel Mims, Le’Veon Bell and Blake Cashman remain on the I.R. until at least week 4. Jamison Crowder is doubtful for the week 3 game against the Colts and starting right tackle George Fant was added to the injury report today. It looks like he is out for Sunday and will be replaced by Chuma Edoga.

Adam Gase said Fant was injured in practice on Wednesday.

We were in a team period. I think it’s a play that he was backside and the linebacker came downhill and I don’t know they collided and they took him in evaluated him and said he was in the concussion protocol.