Injuries Have Helped Wreck Jets’ Season, But Several Kids Have Made An Impression 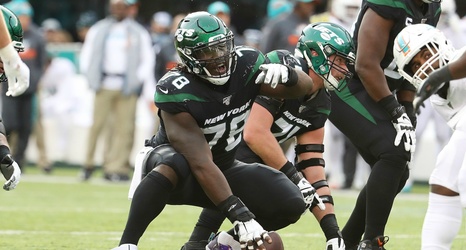 It all changed in a snap in early August when Ryan Kalil was lured out of retirement — sending Harrison to his familiar backup role. That is, until Kalil was placed on season-ending injured reserve in mid-November with a knee injury.

The 28-year-old Harrison has stepped in, as he did last season, and helped solidify a once shaky offensive line. He also might have secured himself a starting role for next year.