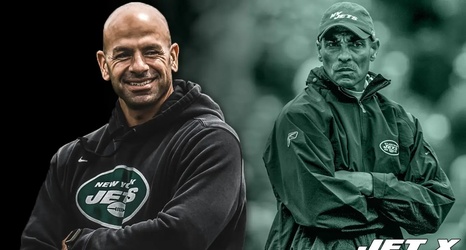 Should New York Jets fans get ready to party like it’s 2001?

This season marks the 20th anniversary of former Philadelphia Eagles star Herm Edwards’ arrival in a new shade of green, as he took over the team after Al Groh’s single mediocre season at the helm at the turn of the century. Under Edwards’ watch, the Jets won 10 games and visited the AFC playoffs for the first time since the 1998-99 season.

Edwards joined CBS’ All Things Covered show, hosted by pro cornerbacks Patrick Peterson and Bryant McFadden, to discuss the similarities between his original squad and what another first-year head coach, the current Robert Saleh, will go through in his debut year.