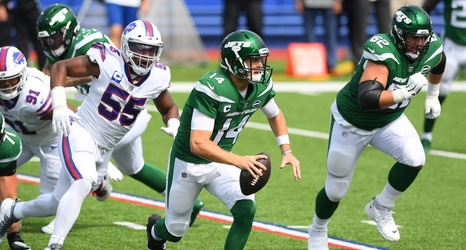 Clemson quarterback Trevor Lawrence is already widely predicted to be the top pick in the 2021 NFL Draft. He is considered to be a generational talent and will lift the fortunes of any team that that selects him.

In order for that to happen, that team must land the first pick by virtue of finishing with the worst record in the NFL in 2021. The New York Jets and the New York Giants are both on their way to challenge for that pick after both opened the season with 0-2 records.

According to the official NFL standings, the Giants and Jets may be 0-2 but they are two of the best 0-2 teams in the league (how is that possible?